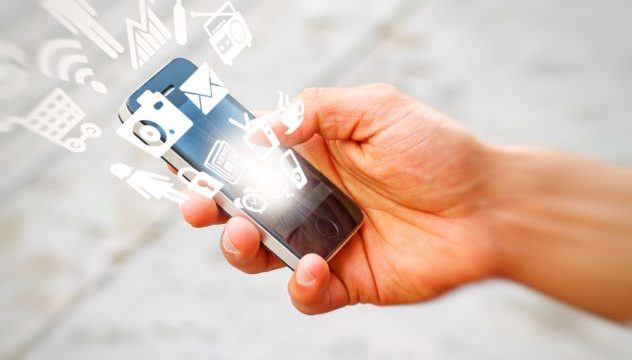 One of the most frequent queries we get about internet services is this: what internet speed do I need? There is really no single answer that fits all internet needs. People and households vary in their internet habits and consumption. Ballpark estimate: in a household with 1-3 users with multiple devices a 25Mbps connection is a minimum. But there’s much more.

Before you can ask questions like what speed is good or what’s the best internet connection, you need to have some idea what you’re talking about. People often subscribe to internet service providers based on advertised speeds. But there’s a lot more to the subject than a billboard hoarding or a digital ad. This blog proceeds to explore the following:

It’s usually a good idea to understand some of the key terms that get thrown around when discussing internet services. More often than not, people have a muddled or even incorrect concept about things like bandwidth and latency. Let’s take a look at some of these terms below:

People often make the mistake of thinking bandwidth refers to your connection speed. In reality, it is just how much data your provider can transmit in a given period. Bandwidth is actually a representation of ideal conditions for transmitting data. Larger bandwidth does not guarantee increased internet speeds.

Caps in the context of internet services refers to an upper limit to the data you can consume during a billing cycle. Many providers place caps on your data. Once you exceed your data cap, your provider may throttle your speeds and charge you for the additional data.

Those among you who play online games may be familiar with latency, more commonly known as ping. However, some of you may not. Latency refers to the delay between when the internet transmits data to your computer and when your computer gets it. High latencies can be a problem especially while playing multiplayer online games.

Both of these terms are data measurement units. Mbps stands for Megabits Per Second, which means the number of megabits downloaded or uploaded per second. Gigabit is a term used to describe fiber internet, where speeds can reach up to 1,000Mbps or 1 gigabit per second.

So, you now know most of the key terms you need to know. But you’re still wondering what internet speed is best for you. The answer depends on the usage intensity and habits in your households.

When subscribing to an internet provider, it often helps to think carefully about how the connection will be used. If you’re going to have to sign a contract, that calls for even more care. You don’t want to end up with a service that doesn’t meet your needs. Here are a few helpful templates that can help you choose an internet service with enough speed to suit your consumption:

Now that you know what speeds you roughly need based on your usage habits, it is time to look at the types of internet connections you can get. You may have limited options based on the area you live in, so make sure you choose the best one available. Let’s take a look at the different internet services ISPs offer in the United States.

DSL or digital subscriber line internet is the most commonly found and easy to install internet service in the United States. A DSL connection uses internet connections sent through a standard copper phone line. You can get it almost anywhere you have a phone connection. However, this also means it is significantly limited in terms of service quality and speed. A DSL connection is best for just basic internet usage.

Cable internet is another common type of internet service that uses internet signals sent through the same coaxial cable that allows you to watch TV.

This is much faster than DSL and can handle most uploads and downloads with ease. This type of internet service is good for moderate usage and HD streaming.

This is the fastest internet service you can get in the United States. Fiber internet makes use of a network of fiber-optic cables to transmit data at many times the speed of cable internet. Most fiber internet connections can reach speeds up to 1 Gigabit per second. Fiber internet also has symmetrical upload and download speeds, meaning you can upload data as fast as you download it. This makes it the perfect choice for intensive gaming, 4K streaming, and downloading on multiple devices. The problem is, fiber internet is usually only available in limited areas, so it may not be an option for you.

Satellite internet is sometimes the only choice for people living in rural and sparsely populated areas. Most service providers don’t find it cost-effective to lay down a cable or fiber network for just a handful of homes. However, satellite internet can reach even remote areas as long as the receiver has a direct line of sight to the satellite. Satellite internet does have latency issues and slow upload speeds, which makes it unsuitable for MMO games. Bad weather conditions can also disrupt your service.

Internet service providers have to compete with each other for your business. That means they do things to attract and keep subscribers. They offer a higher standard of internet security practice to retain customers. Others, like Cox Customer Service, try to offer a better customer experience. Ultimately the best internet for you depends on where you live, your usage habits, and the types of services available to you.

How fast should my Internet speed be?

Your internet speed needs depend on how many users you have in your household, the number of devices they use, and what their internet usage habits are.

How do I test my WIFI speed?

There are several free internet speed testing software that you can use online to check your speed. You can also download smartphone apps such as Ookla to run a speed test.

What is a good WiFi speed in Mbps?

Good Wi-Fi speed is relative to what your needs and usage patterns are. Speeds over 25Mbps are usually good for households with moderate Wi-Fi usage and 1-3 users.

Is Ethernet faster than WiFi?

Yes, a wired connection is usually faster than a wireless one. The difference in download speeds will depend on the type of Wi-Fi router you use.

Can I have Ethernet and WiFi at the same time?

Yes, you can set up your Mac or PC to Wi-Fi and Ethernet at the same time. A PC with Windows 7 or higher or a Mac with macOS10.10 or above can connect to any combination of wired and wireless internet simultaneously.